LOVE THE BEACH & UPDATE ON DAD

EARLY FRIDAY MORNING AT THE BEACH 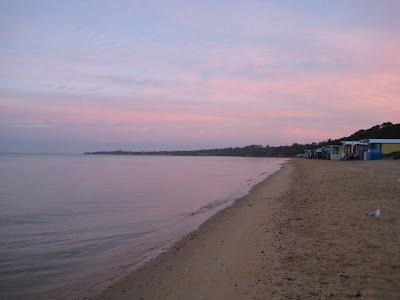 Nothing like an early morning (5.45am) walk on the beach to clear the head.
How lovely it looked on Friday. 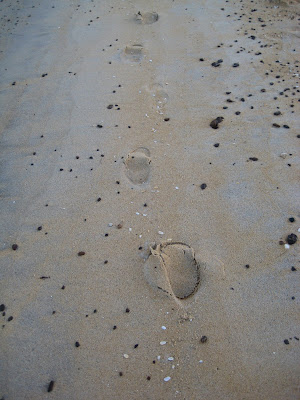 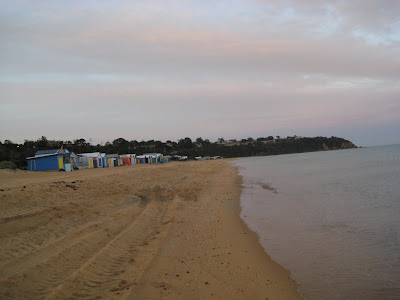 Thursday afternoon I got a call to say that the Doctors and Social Workers at my Dad’s rehab centre wanted a meeting with the family as they have found a mass attached to his kidney that they think is cancer. Why it was not found in his 8 weeks at the Melbourne Private Hospital when they were doing test after test astounds me.
The Doctors believe he is too frail and his veins are in bad shape and full of clots and they believe it is too risky to operate or even take a biopsy. They think he would probably bleed to death on the operating table. He can only walk assisted for15 metres with a walking frame. He has also lost a huge amount of weight that we were told was more than likely another sign that it is cancer. They don’t believe that even with improving his diet that his frailty will improve. My father has decided that he wants to go back to Hervey Bay in Queensland (over 2 hours away by plane) where he has lived for the last 7 years, leaving all family behind. That is difficult for my sister and I to deal with. He only has our step mother there, so all of the nursing of him will be left with her to deal with. Tomorrow my sister and I will go to the rehab centre – 2 hours drive away and see how he is doing. Maybe it has been decided if and when he will be able to fly home


Now who can tell me what this is?

Someone told me it is jellyfish eggs!!

Are they telling me the truth or am I just gullible 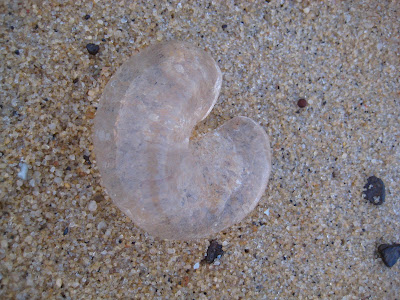 Mount Martha beach is a fabulous place to walk and sort out your thoughts.

Alison, I will still be keeping you, your dad and family in my thoughts and prayers.

Alison, i will be praying for you and your dad...i am sad to hear this news

That is such a beautiful picture. I am so sorry Alison, My heart and Prayers are with you right now.

Sorry to hear about your dad, honey, but in the end it's his decision. Just pray that he'll make the right decision. I know it's hard, chickee. It always is........
Smooches,
Connie

Such trying times. Thoughts and prayers are with you.

So sorry to hear this news about your Dad. God bless him and you and your family. Glad you have such lovely scenery. Hope the beach is of some comfort to you.

Alison, I am so very sorry, what an incredibly stressful and sad time for you. Thinking, praying and sending you good wishes - Rachaelxo

Alison,
Beautiful photo of the sky in all shades of summery pink.
Sorry to hear the news about your dad.

Lots of prayers for all of you. I learned how hard it was to let my children chart their own course as they grew up, but never dreamed I would have to let my parents make their own decisions when they grew old. You have my heart, dear one.

Keeping your family in my prayers.
Karla

Alison, know that my thoughts and prayers are with you, your dad, and your family.

Yes a walk along our beautiful beach often does the trick, so lovely and peaceful at this time of the year.

My heart goes out to you. Please know that your dear father, your entire family will be in my thoughts & prayers.

Hi Alison, Sorry I haven't been around in so long! I have still been reading all your posts. I have just been too lazy (or busy I should say!!!) to blog, but now I am back! I was so sorry to hear about Dad. I really hope things will improve for you. Let me know if you need anything at all. I hope Xmas will be a nice time for you. Your little grankiddies must be growing!

Hi Alison, after going through similar times with my father, and driving one and a half hours often to take my mother shopping as she doesnt drive, Ive realized, they much prefer to be at home, around their shops, bank, and neighbours.It is their security, not to mention routine, and to take them out of that, is too hard for them to adjust to. You can organise help through community nursing, and respite.The hospital should help you with these. Please email me if I can help in any other way, I understand how you feel.You just want them near to you,take care,Sue

Alison, I am so sorry that your dad is so sick, you will definitely be in my thoughts...I wanted to also thank you for always dropping by my blog and writing the sweetest comments...It is a wonderful community blog land and I feel extremely blessed to be part of it...I hope you have a lovely Christmas...Fondest regards Cathy

Alison, I am sending you a big hug! so sorry for you and your daddy and your sister!

Hi Alison,
Thanks for your recent support following my surgery. I'm just catching up with all the blogland news. My thoughts are with you as you sort out your dad's health issues. It must be a very stressful time for you and the family.
Hugs,
Kerryanne

dear alison...my thoughts are with your gorgeous dad...and Miracles do happen...\
if not...he will be home..and comfortable..
gorgeous vintage aussie dad!!

Hi Alison! Just want you to know you're in my thoughts and prayers. Hoping you and your sister have a sense of peace with whatever decisions your dad makes. Take care!
-Karoline

Sending Best Wishes to you Alison!

alison, my thoughts are with you at this time.

Alison, it is so sad to see our parents becoming elderly and frail. I will say a prayer for the best outcome. Just popping over to wish you warm holiday blessings....Janet

You are in my thoughts & prayers alison~hard to got thru this I'm sure & I'll be thinking of your family at christmas. xo chris

Merry Christmas dear Alison! Please enjoy the great Aussie weather for me! We have temps of 19 degrees and tons of ice! Have a wonderful New Year and a year of family, fun, friends and love! Love, Lori

wow, so sorry to hear this news of your dad. that's a tough one. i hope your lovely walk on the beach brought you some peace from the burden your carry right now. putting myself in your shoes, i'd feel so sad if this was my father.
kecia

Alison,
I am sorry to hear about your dad's doctor report. I will pray that he makes the right decision. I will pray for you too Alison, I know how hard this has been for you.
Blessings, Karen

I think I'm in need of a long stroll on your beach.

Oh, I added you to my favs, hope it's ok

Alison, My thoughts & prayers are with you & your Father..
I'm so sorry he is so ill right now.
I wish you both the very best.
Hugs & love, ~Mary~

I'll say my prayers. It's sometimes hard to live with the decisions our parents make. My father announced even if my stepmother passes away, he has no intention of coming back to Montana were all his family is. I think he just wants to stay connected to that life, we'll see. I hope that you and your sister can be there for each other. You have many friends Alison, while we can't take the pain away, there are so many who will gladly give you a shoulder.

Sweetie, my heart is heavy at the mention of what youve all been going through, I wish your father many prayers and thoughts as I do yourself and your family.
Thinking about you
God bless
mandii

Alison, I'll be adding you to my prayers too. Please know that you are in my thoughts.
Hugs

I like the song on the post..It was a nice song... 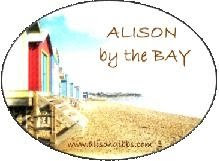